Our First Rescue Calendar Should be Ready Around Thanksgiving!

We received over 120 photos for our first ever rescue calendar for 2012. And these were not run-of-the-mill photos. They were all gorgeous. We had a really hard time choosing our winners. We finally had to make it a rule that we would only pick one photo from a family, because some people sent in multiple beautiful pictures. 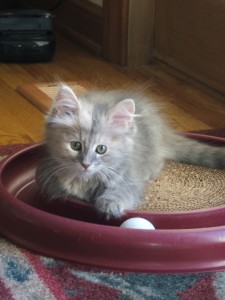 One example of this occurred with the Hamiltons. Dick and Linda sent in four photos and they were all stunning. It looked as if the cats had been posed–I do not know how they got the cats to sit so still for the camera. I am including two of their photos that did NOT win here. Just look how great they were. Their winner will be featured as the November kitty, so you can check that out when you buy your copy. 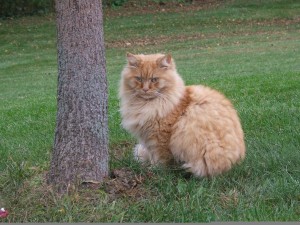 Another person with multiple great photos was Mary Dietz. Most of the photos that Mary sent were of strays who had been dumped on her. She mentioned that in one year, they had 22 cats dumped and we helped them get 12-13 of those fixed. The remainder either found other homes or ran off after the spaying and neutering efforts were under way. They now have a stable and fixed colony of 14 cats that they care for–proof that trap-neuter-return (TNR) and spaying and neutering are the solutions to feline overpopulation.

I am going to post a few of Mary’s “Loser” photos at the bottom of this. Her winner will be featured as “September” in the calendar with a picture of a sweet kitty named “Tres” who she says doesn’t have a mean bone in his body. Tres is currently an outside kitty, but Mary would love to find him an inside home if anyone sees him in the calendar and is interested.

I thought that over the next few weeks, as we are working on the calendar with our Printer, Wilson Printing and Graphics in London, that I would post some of the photos we received here and on Facebook.

Thank you to everyone who submitted their babies. It was so nice to see some of our former fosters and know they had found lovely homes! 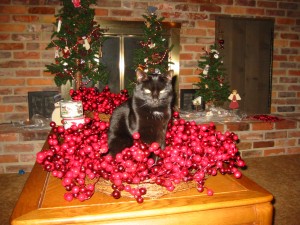 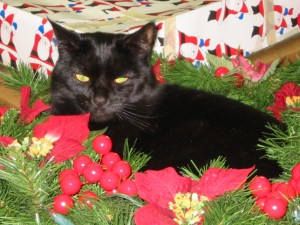 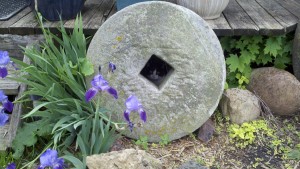