Two Animal Rescues Are Getting New Homes for the Animals.

I just recently learned that two groups I support, one national and one local, will be moving into new and bigger homes, which will allow them to help even more animals.

The first group is Dogs Deserve Better (DDB), a charity in Pennsylvania that is committed to “ending the cruelty of chaining and penning dogs.” Dogs Deserve Better is buying “Bad Newz Kennels,” the property that was previously owned by Michael Vick and facilitated his dog fighting ring.  The former site of cruelty and suffering will be transformed by DDB into the “Good Newz Rehab Center for Chained and Penned Dogs.”

I can think of no better way to honor the dogs that died there under Michael Vick’s reign than by giving other dogs that have suffered a new lease on life.

The 15-acre property on Moonlight Road in Virginia contains a house and various sheds. DDB is buying the property for $595,000. The group has already put down 30% ($178,500) and has been approved for a loan for the rest. Now they just need to raise the additional money to pay off the loan, build a fence around the property, and renovate the buildings for their state-of-the-art rehabilitation center. They hope to begin the transformation from Bad Newz to Good Newz by the end of May.

With this new facility, which will also include a memorial for the dogs that died under Michael’s Vick brutal ownership, DDB will be able to help 500 more chained and penned dogs each year. They currently rescue and rehabilitate 400-500 dogs per year in foster homes nationwide. Until now, the group has never had a shelter.

To read more about DDB’s efforts and to make a donation, please go HERE. 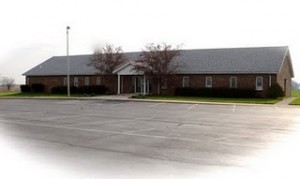 The second group that is expanding into new digs is the Humane Society of Madison County (HSMC).

With their move, the shelter will actually be relocating closer to Plain City (which thrills me). Their new building used to be a church. In fact, in a weird twist of fate, it was the church that one of my dear friends, Paul Carpenter, attended before his death in 2001. Paul was a huge animal lover and I know he would be delighted to know that his former church will now be a sanctuary for homeless animals. I went to several church services with Paul and his wife, Jean, at this building. It was also the place where Paul’s funeral was held in December 2001. I know a tiny part of him will be there watching over the animals.

The building, located at 2020 State Route 142 NE, is just off I-70 at the Plain City exit. While the new shelter will have a West Jefferson address, they will only be 10 minutes from Plain City. The building is 5,000 square feet and includes five acres. Geo-Sites, Ltd. bought the property when the church moved and now plans to lease it to the humane society for $1 a year for twenty-five years.

The new site will allow HSMC to house all of their animals in one building. Currently, the dogs are in a block building and the cats are housed in two trailers.

The shelter’s upcoming fundraiser, Cash 4 Kibble Dinner and Auction, will be held at the new building on Saturday, May 21. If you would like to attend and check out the facility, please go to the HSMC web site and download your RSVP form.

HSMC will also need additional funding to help them with their move and renovation. They hope to be in the building by July or August.

With the expansion by DDB and HSMC, more animals will be helped across the country and in our own back yards.

One Response to Two Animal Rescues Are Getting New Homes for the Animals.