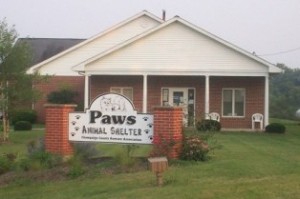 Although our mission statement says we focus upon helping cats in Madison and Union Counties, I have to admit that we sometimes overstep county boundaries when a cat needs us. Since I also grew up in Champaign County, in the small town of Mechanicsburg, I know quite a few people in that adjoining county. I also know that it is a very, very rural area (even more so than the sweeping fields of Plain City) with few resources for spaying and neutering stray and feral cats; few resources for finding homes for pets. So, yes, we have helped many, many cats in Champaign County who otherwise would have had no one looking out for them.

You can therefore understand why I was distressed to get an email back in December saying that the PAWS shelter in Urbana was closing and they did not know what would happen to the animals that were currently with the organization. PAWS is the only animal shelter in Champaign County and it is a “no kill” facility, adhering to the philosophy that every animal is valuable and deserves the chance to live.

I subscribe to the MechanicsburgOh.com web site and on there I read a blog posting about the shelter’s lack of funding. Sadly, this loss of revenue has happened to many, many non-profits over the past few years. Declining donations lead to a giant loss for the animals when charitable organizations can no longer function.

Black and Orange actually worked with PAWS in the past. One of their board members contacted us about using our weekly low cost spay and neuter clinics to sterilize some of their cats. They did bring about a dozen cats to Marysville for vet care, but when funds ran low and the drive proved a bit far, they had to discontinue their efforts.

I was reminded about PAWS again on Saturday when a banker friend from Urbana mentioned the organization (he was worried how B and O was faring in these economic times). Happily, my friend told me, kind donors had raised enough money to keep PAWS going for the next few months. But the shelter, which is now housed in an actual building you can visit (previously, it had been functioning out of volunteers’ homes and garages), is still in danger–as are the animals PAWS is trying to help. My banker friend worried what would happen to the animals if the shelter did close. Where would that many animals go? Who would take them in? Would they have to be euthanized (even though PAWS is a “no kill” shelter)?

Champaign County has many, many animal lovers. I know. Black and Orange has worked with a large portion of them when we’ve had money to help. I’d like to ask all of my friends in Champaign County to make a small donation to the PAWS Animal Shelter. I’d ask the same of anyone who is looking for an underdog to support. PAWS needs any help you can give them, no matter what county you live in.

As they are a 501 (c) 3 charitable organization, all donations are tax deductible!

Please visit the PAWS web site HERE. You can also visit them on FACEBOOK.

You can read the MechanicsburgOh.com blog HERE.