A Few Updates for the New Year. 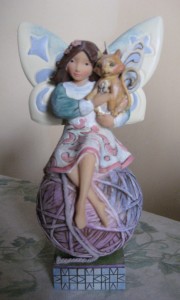 The little fairy featured here was a gift from my parents. It is a “Feline Fairy” by artist Jim Shore from his Heartwood Creek collection. My dad picked this particular sculpture, because the fairy had brown hair like me and the cat resembled my orange chubster, Oswald. This lovely little ornament reminded me of all the wonderful people who have helped me and Black and Orange Cat Foundation over the past year; who have been our “fairies,” our protectors.

I hope that lots of fairies and angels will be watching over all our kitties in 2011, as well.

Besides thanking everyone for their support in 2010, I also wanted to take this time to update everyone on some important animal issues for the coming New Year.

First of all, we have sold (at this writing) almost 180 of the Mini Cooper raffle tickets. While we did not reach our goal of 200 tickets sold, we came pretty close. The drawing will be held tomorrow, December 29, and we’ll post the winner, as well as a video of the drawing, first thing in the morning. I want to thank everyone who supported us by buying a ticket. Even if everyone cannot win the car, you are all still winners for B and O.

Secondly, as many of you know from reading the blog over the past year, there was a giant campaign by the group, Ohio Voters Against Puppy Mills and Dog Auctions, to get 120,700 signatures from Ohio residents to put an initiative on the ballot for 2011 to ban dog auctions in Ohio. Those signatures had to be collected by the beginning of December and, unfortunately, only 77,355 signatures were collected. However, even though they did not get the required signatures, the group plans to begin “Phase 2” and continue collecting signatures in 2011. All of the 77,355 signatures previously collected are valid and can still be applied toward the 120,700 needed. To find out more and begin collecting signatures, go to the Ban Ohio Dog Auctions web site.

While the lack of signatures in 2010 was a slight setback, we know that eventually this group will prevail and dog auctions in Ohio will end.

On a happy note, BarkPark is returning in 2011! Hurrah! Many of you know that BarkPark, the wonderful dog park that raised money for animal groups in central Ohio, closed over the past year. In a newsletter from BarkPark founder, Marcia Perry, it was noted that the 2011 season will start on May 28. BarkPark will not be open every Saturday as it was in the past, but rather once per month through October. To find out more and get your membership for the upcoming season, visit the BarkPark web site HERE. 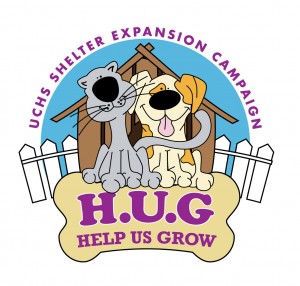 And finally, there is more good news with the Union County Humane Society’s “Help Us Grow” or “H.U.G.” campaign. The shelter in Marysville hopes to double in size, but they need help to raise the $400,000 they will need to grow. As many of you know, Black and Orange works with the Union County Humane Society (UCHS) with weekly clinics for stray and feral cats. Our hope is to eventually decrease the number of unwanted cats in our area. UCHS is a super humane society that places 85-90% of the animals they take in. By expanding, they will be able to help even more animals in need. To read about the H.U.G. campaign and make a donation, please visit their newly update and classy web site HERE.

Union County’s H.U.G. Campaign was even featured in a nice article in The Columbus Dispatch on Monday, December 27. You can read that article HERE.

As we enter 2011, I promise to try to keep everyone updated on issues that effect Black and Orange and animal lovers throughout Ohio and the “blogosphere.” I’ll do it with the help of all our supporters and our “feline fairies” everywhere.