Hope for Paws, The Only Pet Rescue Group to Vote for in the Chase Community Giving Contest!

Yesterday, I asked everyone to vote for Big Cat Rescue as one of the charitable organizations that made it into the top 100 charities in the Chase Community Giving Contest. If you voted in the first round, you know that 100 charities were selected and won $25,000 via Facebook voting. Now in the second round, which runs from January 15-22, you have five votes to use for your five favorite organizations. One group will win one million dollars and five groups will each win $100,000 each.

The only pet rescue group in the top 100 is Hope for Paws. To vote for them on Facebook, go to: http://apps.facebook.com/chasecommunitygiving/charities/1227836

Hope for Paws is located in Los Angeles. The group saves animals that would have been euthanized in L. A. shelters or had been harmed or abused on the streets. Audrey and Eldad Hagar created a book called, “Our Lives Have Gone To the Dogs,” featuring photos of all the dogs and other animals they have fostered over the years. Money from the sale of this book goes directly toward helping more animals in need. 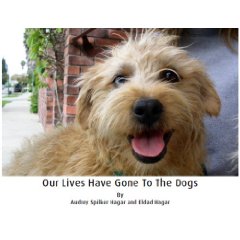 The book is currently on back order on the Hope For Paws web site. You can pre-order the second edition on their site: http://www.hopeforpaws.org/

Or you can also order it on Amazon.com.

Please use one of your five votes for Hope for Paws and help pets in need.