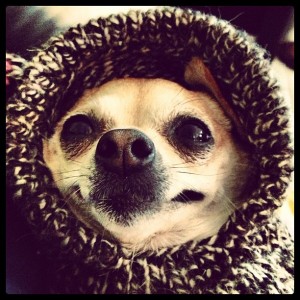 From an abandoned, abused baby who was left at a bus stop with two broken ankles to Super Star–such is the path a rescue dog can take. And this is the journey that Fruit Bat West traversed to begin her acting career this March in the Grandview Heights High School production of Legally Blonde, The Musical!

In case you don’t know Fruit Bat’s sorrowful story, you can read it HERE and see photos of her in her little leg casts.

But just a quick summary. Fruit Bat was found off of West Broad Street several years ago with both back ankles fractured so that she was unable to move. She laid immobilized for hours until a kind good samaritan from Colony Cats took her to Dr. Kim West. Dr. West saved her life and christened her with her quirkily appropriate name–Fruit Bat, because she did look like a Fruit Bat (and Dr. West had been naming rescue cats over several months following the alphabet and had reached “F” in her naming schedule).

The rest of Fruit Bat’s story unfolded like a tear jerker Hollywood movie. Dr. West adopted her. She healed. She went from homeless and helpless in the blink of an eye.

Now loved and spoiled in the West household and the reigning Queen, along with her sister, Tupelo, at her mom’s vet clinic, Health and Harmony Animal Hospital, Fruit Bat had a fairy tale ending–something all rescue pups dream of finding.

Even when she was broken and homeless, however, this sweet chihuahua had star quality. She always seemed to be smiling and happy. She never lost hope.

Fruit Bat’s celebrity personality is apparent to everyone and she will soon be the star attraction in Legally Blonde, The Musical! playing the role of Bruiser, Elle’s beloved canine friend in the law school comedy.

Pick a day and come see this plucky pup perform!

Fruit Bat will also be having a red carpet event…to be announced by her proud stage mom.

We would wish Fruit Bat the normal theater congrats on her opening night: “Break a leg.” But in this case, knowing her history, we don’t think that is appropriate. Instead we will tell her to have a “doggone” good time and show everyone the power of rescue and of love.

Vote for Susan, Tigger, Grayson, or Cali to Benefit Black and Orange in The Luckiest Pet Contest 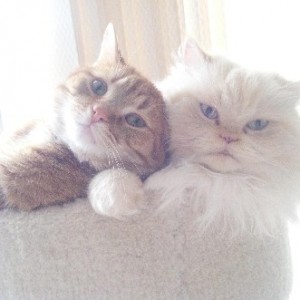 Voting for the “luckiest pet” runs from February 21 to March 18. We had four people enter their kitties in the “Luckiest Pet Contest” sponsored by Petfinder.com, Petco, and Animal Planet. Thank you to Debbie, Jennifer, Cynthia, and Jessica for entering Grayson, Tigger, Susan, and Cali in the contest as the luckiest pets around!

If Grayson, Tigger, Susan, or Cali’s photos win, their moms will win a $500 gift card to Petco and Black and Orange will receive a $5,000 donation!

You can vote once a day for either Grayson, Tigger, Susan, or Cali from February 21 to March 18!

To vote, go HERE and put in “Black and Orange” under “See the Lucky Pets.” The four photos included in this blog posting are the photos you will see of Tigger, Grayson, Susan, and Cali when you go to vote. Choose one of them and vote for your favorite to help B and O win!

Just a note on Susan. She is Cynthia’s foster kitty and is available for adoption. This sweet older gal is deaf and declawed. She was found wandering at a local farmer’s market, starving and alone. To read more about Susan and see other photos, go HERE. And if you are interested in adopting Susan, download an application on our web site, www.bandocats.org, under “How you can help” and “Adopt.” Once you have filled it out, either email it back to bandocats@gmail.com or fax it to 614-873-0972.

Again, vote once a day until March 18 for your favorite kitty! 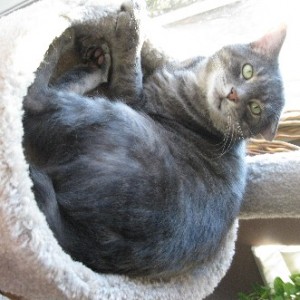 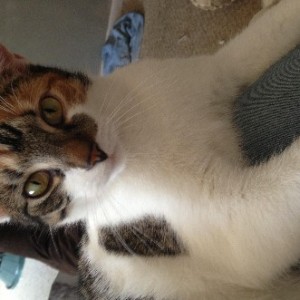 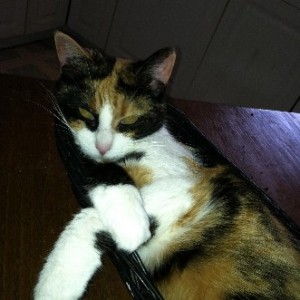 Posted in Cat News, Daily Life of a Rescuer, Our Kitties that Found Forever Homes

Join Health and Harmony on March 23 for Their Open House!! 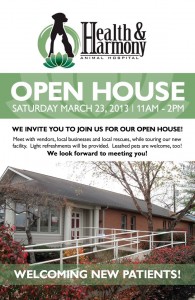 Please join Health and Harmony Animal Hospital on Saturday, March 23, for an Open House from 11 am to 2 pm. You can meet with local vendors, rescues, and businesses while touring the facility and enjoying light refreshments.

Leashed pets are welcome for the tour, as well.

We know you will love them all as much as we do.

More details as we get closer to the event, but please mark your calendars and join us at Health and Harmony on March 23.

Health and Harmony is located at 1117 West 1st Avenue in Grandview. For more information or to schedule an appointment (they are accepting new patients), call 614-360-3941.

Have a Lovely Valentine’s Day! 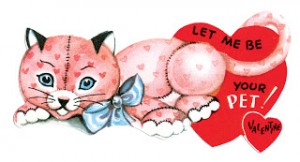 We hope everyone will have a lovely Valentine’s Day! Spend the day with both your furry and non-furry Valentines. And if you need a furry Valentine, you can check out some of our adoptable kitties by going HERE.

One of those lovely kitties who would like a snuggle buddy for Valentine’s Day is Rhatima who knows she is a Queen! Rhatima is an older lady, who loves people and mainly would just like a sunny place to sleep and a gentle hand willing to give her belly rubs. To read her complete profile and see more photos, go HERE. 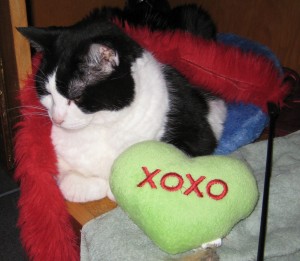 You can also click on the flyers below to enlarge them to read about dogs and cats looking for homes at the Humane Society of Madison County in West Jefferson. Many of them are available at discounted adoption fees. It would be so lovely if a few of these furr-babies found their perfect Valentine this February. 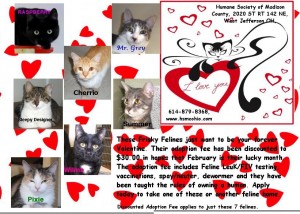 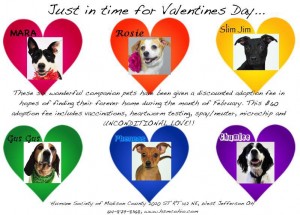 Send a Valentine to a Chained Dog! 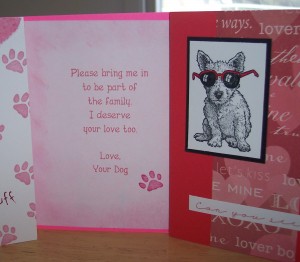 Last year, Dogs Deserve Better, whose mission focuses on freeing dogs from chained and penned lives, sent almost 19,000 Valentines. The goal for 2013 is 20,000 Valentines. In order to do that, DDB needs you!

First of all, they need you to make Valentines for the dogs. If you are a teacher, a student, a group leader (4-H, Boy Scouts, Girl Scouts) or someone homeschooling their children, this is a great service project to teach kindness to animals. The Valentines should be no larger than 4″ by 8″ so they can fit into an envelope to be mailed. DDB is stressing Quality over Quantity–they want really neat Valentines that will make people think. You can visit their web site to see some of the cool Valentines people made in previous years and also to download high resolution chained dog images to use on your own Valentines. All Valentines must be mailed to Dogs Deserve Better, 1915 Moonlight Road, Smithfield, VA 23430 by February 5–yes, we are running out of time.

Secondly, DDB needs coupons for free or reduced cost treats or dog food. They are aiming at having a coupon to go with every Valentine, so 20,000 coupons. You can mail coupons to the same address: 1915 Moonlight Road, Smithfield, VA 23430.

And finally, DDB needs to know who to send these Valentines to. If you know of a chained or penned dog in your area (we have all seen them–the poor dogs that look miserable in summer heat and bring tears to our eyes when they are covered in drifts of snow), please find the addresses for those dogs and either email them to info@dogsdeservebetter.org, call the info in at 757-357-9292, or go online and fill out the information via a form on the web site: HERE. YOU WILL REMAIN ANONYMOUS!

You can also sponsor the cost of sending 20,000 Valentines by making a donation to Dogs Deserve Better online or by mailing a check to the address listed above. You can also purchase really neat Valentine merchandise when you visit the site to learn how to participate in the 2013 Valentine Campaign.

We should all have a heart for chained dogs!